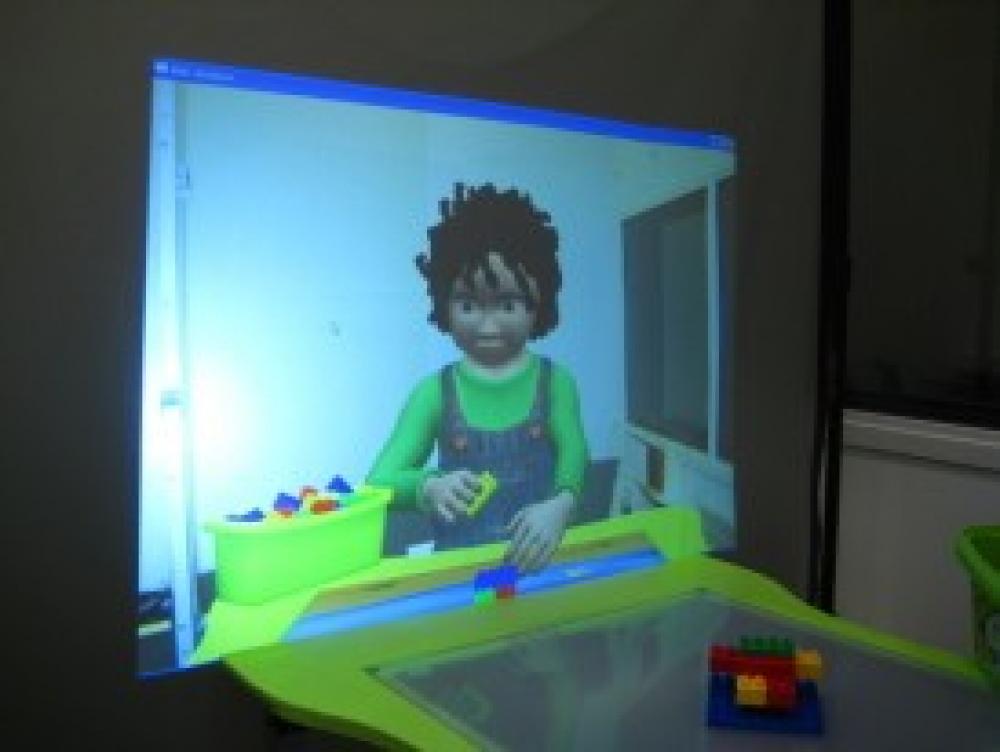 Bridging the Gap With Virtual Peers
2014

In this project, we aim to address the systematically-reduced standardized test scores of African American students compared to their Euro-American peers by using virtual peer technology to understand the role of dialect, and more broadly, cultural congruence, on students's performance, and to help students achieve in the classroom. Our results show that African American children are more likely to demonstrate switching between their vernacular dialect and the standard (Mainstream American English) when working with a virtual peer partner who demonstrates this code-switching than when they are performing the same task with a human peer partner. Additionally, we have shown that African American children demonstrate improved science talk (improved verbal reasoning) after hearing an example of science talk from a virtual partner who spoke using the vernacular dialect than one who provided the same content in the standard dialect. We have also demonstrated that children demonstrate increased fluency when speaking socially with a virtual partner which first introduces itself in the vernacular dialect than one which introduces itself with the standard. Regardless of partner, children also demonstrate increased fluency when they are speaking in the vernacular dialect rather than the standard dialect themselves. Our current and future work builds on these results by building language  and code-switching models of African American Vernacular English into our system, creating content for more educational domains into our virtual peer system, investigating the mechanisms behind improved performance with same-dialect virtual partners, and exploring the ethical considerations around developing culturally-sensitive classroom systems.