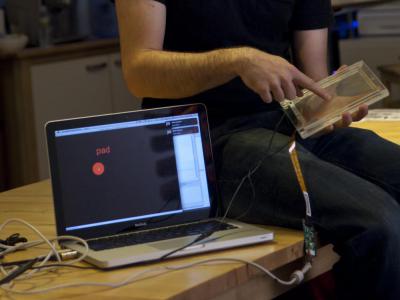 MIT’s Technology Review has named Chris Harrison to its annual TR35 list of innovators under the age of 35. He and the rest of the 2012 honorees are featured in the magazine’s September/October issue.

From the article by Nicole Dyer:

“Harrison, a PhD student in Carnegie Mellon’s Human-Computer Interaction Institute, says his mission is to liberate our fingers from having to command our phones and other devices by poking at squished keyboards and teensy screens. ‘If you think about all the ways we use our hands, being limited to only poking would make the world really hard to use,’ he says.”