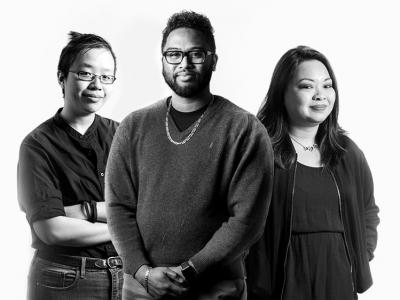 Kevin Jarbo used to take the bus from his apartment in the Hill District, one of Pittsburgh's predominantly black neighborhoods. At the bus stop, he'd watch kids eating bags of chips for breakfast. The Hill didn't have a grocery store.

Through word of mouth, Jarbo discovered what was then called the Pittsburgh Summit Against Racism. He sat in on a workshop on housing discrimination that gave context to what he had seen firsthand in the Hill. He felt compelled to get involved.

Jarbo, a President's Postdoctoral Fellow at Carnegie Mellon University's Dietrich College of Humanities and Social Sciences, now volunteers on the planning committee for the renamed Pittsburgh Racial Justice Summit, which took place Jan. 25-26 at the Union Project and the Pittsburgh Theological Seminary.

"I really found it incredibly informative in terms of what are the kinds of social justice issues that are being worked on in the city and what kind of groups and individuals are involved in helping to combat housing discrimination and police brutality, and building police and community relationships," he said.

Jarbo encouraged Ph.D. students Alexandra To and Phoebe Dinh to join the planning committee as well.

"I talked with [Kevin] before about really wanting to do activism work that's a little bit more connected to the city," To said.

To, a fourth-year Ph.D. student in the Human-Computer Interaction Institute, said she researches "how people cope with interpersonal racism through social support." She examines how racism is experienced at a person-to-person level and how a person's social network can help them handle that experience.

Jarbo's work at CMU focuses on stereotype threat, a phenomenon he describes when people become concerned their behaviors or actions will be judged based on a negative stereotype or preconception about them or a group they identify with.

Jarbo spends three-quarters of his week working on his postdoctoral research, and a quarter working as a research fellow at CMU's Center for Student Diversity and Inclusion. The center is sponsoring 20 Carnegie Mellon students attending the Pittsburgh Racial Justice Summit as part of its MLK month initiatives.

M. Shernell Smith, associate director for the Center for Student Diversity and Inclusion, said CMU must engage in conversations that look into the intersection of race, inequalities and economic empowerment. She points out that almost all programming celebrating the life and legacy of Dr. Martin Luther King Jr. at Carnegie Mellon is open to the public.

"We think it's important to be an ally in the struggle for human equality and the elimination of racism," she said.

Smith views the summit as an opportunity for students to connect with Pittsburgh youth, collegiate peers, community leaders and grassroots activists in the city who are dedicated to eliminating racial injustices.

"When you find these spaces for authentic and meaningful exchange, it empowers us toward social action," Smith said. "Fundamentally, that is what we're trying to cultivate through the center, providing opportunities, a platform, a space for students to engage in these transformative dialogues toward social change, social action, social justice. The summit provides an inclusive opportunity and platform to learn, connect and move toward sustainable social action as Pittsburgh community members."

One of the goals of the summit is to increase youth participation in racial justice activism.

"I hope to see more of a CMU student presence in community efforts, like Pittsburgh efforts. Not just on campus efforts," said Dinh, a doctoral candidate in psychology who is researching causal cognition.

Jarbo, originally from California, has lived in Pittsburgh since 2002.

"I've kind of really fallen in love with the city, but wanted to know a lot more about the community and places where I felt like I could belong a little more easily," Jarbo said. "I didn't have a problem adapting to Pittsburgh, but watching it change since 2002 I've seen just an incredible amount of gentrification.

"I feel like I've tried to do all the things, all the right things. I'm a CMU student. I'm a doctor. But I can still die for a busted taillight," Jarbo said.

"People are dying because of racial prejudice. And I think that's really important to start advocating and fighting very seriously for racial justice by being an accomplice to overhauling the entire political, legal, law enforcement system," Jarbo said.

"Education, housing, all these things. Being involved at the summit, to have the people in Pittsburgh who are doing that work, and being in that place together, to come up with solutions, to start mobilizing, to take action, to bring new people in, to rejuvenate this movement with a lot more young people who just have the juice to actually make this thing go is really motivating to me."

To said the theme of this year's summit, "Moving Forward Together," is fitting.