Gadgets That Know Who You Are, Just By Touch 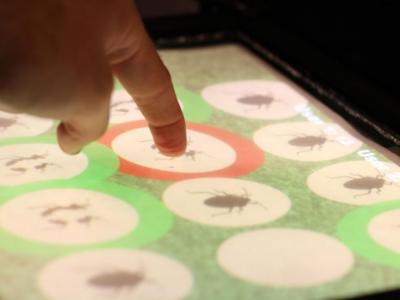 HCII PhD student Chris Harrison, working with colleagues at Disney Research, Pittsburgh, has helped develop a technique called capacitive fingerprinting which enables touchscreens or other objects to tell the difference between users based just on their touch (video). The researchers are demonstrating the technology this week at the ACM Symposium on User Interface Software and Technology in Cambridge, Mass.

“What if your iPad could recognize you, not through passwords, retinal scans or even fingerprints, but a simple touch? Well that’s exactly what technology being developed by researchers Chris Harrison (Carnegie Mellon University), Munehiko Sato (also University of Tokyo) and Ivan Poupyrev (Disney Research) can do. Without wearing silly gloves or extra gadgets of any sort, any object you touch could recognize you.”