McLaren Will Promote Educational Technology in Chile on Fulbright 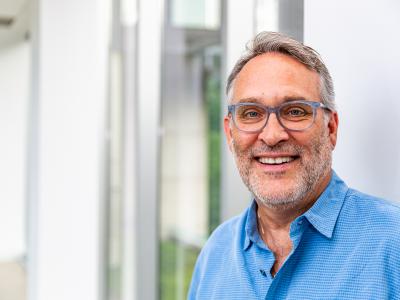 Bruce McLaren believes the moment is right to raise the status of educational technologies in Chile.

The South American nation is an advanced country with a solid educational system. Its Ministry of Education has focused on providing internet access and digital devices. But it hasn’t fully embraced the science of learning and has yet to take advantage of the type of educational technologies that McLaren and his colleagues in Carnegie Mellon University's Human-Computer Interaction Institute and Simon Initiative have pioneered.

“I think Chile is positioned to make that next step,” said McLaren, an associate research professor in the HCII. With support from the Fulbright U.S. Scholar Program, he will spend the next three months in Valparaiso, Chile. There, he will jointly teach a graduate-level course on educational technology at the Federico Santa María Technical University and initiate research collaborations with Chilean academics.

The Fulbright Program is the U.S. government’s flagship international educational exchange program. McLaren is one of more than 800 U.S. citizens who will share their expertise this academic year through the program.

McLaren’s interest in Chile began when Rosta Farzan, an associate professor at the University of Pittsburgh, introduced him to Claudia Lopez, a former Ph.D. advisee of Farzan’s at Pitt. McLaren and Farzan subsequently visited Chile, where Lopez is now on the faculty at Federico Santa María Tech. Lopez then arranged for McLaren and a colleague of hers, Andrea Vásquez, to jointly teach a course at the university.

During his stay, McLaren will introduce intelligent tutoring systems, originally developed by CMU’s John Anderson and Ken Koedinger, as well as educational games and massive open online courses (MOOCs). He'll also encourage academic researchers to begin their own research on these and other types of educational technology.

Eventually, these technologies will need to be introduced to classroom teachers, but getting the Chilean academic community engaged in this discipline is a necessary first step, he said.

“I think it’s important to lay the groundwork,” he added.