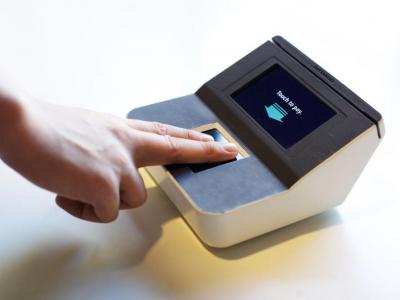 The blog by Jack New noted that the students developed the payment system because they grew tired of using their student ID cards to pay every time they wanted a bit to eat.

“We carry around these little slabs of plastic,” Kelly Lau-Kee, an industrial design and HCI major told the Chronicle. “You really shouldn’t have to carry anything on you that could be lost or stolen anymore. You should be able to pay or ID yourself just by being yourself.”

Their system is now in use at several campus locations. The students have been in Mountain View, Calif., participating in a three-month Y Combinator start-up accelerator to develop their idea into a commercial enterprise.