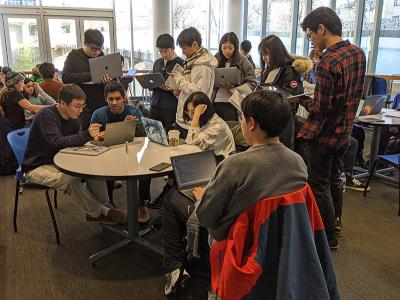 Overall, CMU was ranked the third most innovative school in the report and moved to No. 22 from No. 25. The university ranked No. 1 in eight specialties, including the four within the SCS.

"Excellence and impact are at the heart of Carnegie Mellon University's mission and reputation and I am so pleased to see the recent rankings report reflect our commitment to continually advance new frontiers in an accessible, innovative and transformative education," said President Farnam Jahanian. "With top-ranked programs in eight sub-disciplines and specialty areas that are driving global change, Carnegie Mellon remains on the leading edge of progress and is uniquely positioned to prepare students for a rapidly changing world."

More information about CMU’s position in the U.S. News and World Report’s 2023 Best College ranking is available on the university’s news site.