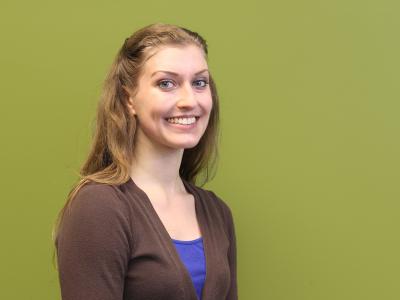 Thanks to screen readers, 285 million visually impaired people worldwide are able to browse the Internet by responding to audio readings of image descriptions and text on websites. But how can these unique users avoid phishing attacks, malicious links disguised as innocuous ones? As one group of CyLab students will tell you: there’s an app for that, and they’re creating it.

“Phishing is a significant issue for both sighted people and visually impaired people, and thwarting phishing attacks is so heavily reliant upon a user’s ability to identify the attack,” says Amanda Holt, a master’s student in the Human-Computer Interaction Institute in Carnegie Mellon’s School of Computer Science. “Usability is crucial, and those who are visually impaired are at a greater disadvantage because they cannot utilize visual cues the way a sighted individual could to identify phishing.”