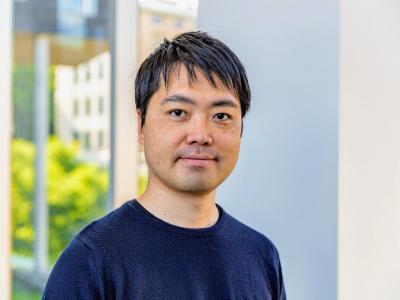 Communication Within Groups Not as Helpful as Anticipated

Faced with a common peril, people delay making decisions that might save lives, fail to alert each other to danger and spread misinformation. Those may sound like behaviors associated with the current pandemic, but they actually surfaced in experiments on how social networks function in emergencies.

Hirokazu Shirado, an assistant professor in Carnegie Mellon University's Human-Computer Interaction Institute, said he had expected his experiments to show that social networks, such as neighbors, work groups and extended families, would improve decision-making by giving people actionable information.

"What we found is that social networks make things worse," said Shirado, who began the research while a member of the Human Nature Lab at Yale University. A paper on their work appeared this week in the Proceedings of the Royal Society A.

Gathering data about social networks in the midst of a crisis is difficult, so Shirado devised a game in which online participants had an economic stake in making a decision whether to evacuate in the face of danger. He recruited 2,480 subjects and organized them into 108 groups, comparing how decision-making varied between networked groups and isolated individuals.

Participants received $2 at the outset of the 75-second experiment. If nothing happened, they could keep the $2 at the end. But if there was an impending disaster, they could leave the game and retain $1. If they failed to evacuate and disaster struck, they lost everything. They also received 10 cents for every other player who made a correct decision on whether to leave the game.

The participants thus had every incentive to choose correctly and were encouraged to communicate with each other. One member of each social network group also received the correct information about impending danger.

Compared with the isolated individuals, the networked players consistently tended to resist evacuation, regardless of whether the danger was real or not. Communication didn't improve decision-making so much as it delayed it, Shirado said. The networked players also generated misinformation, even though nobody had an incentive to do so.

One of the problems, he said, is that players didn't realize that they often used different strategies. A player who accepts "no news is good news," for instance, might think that all is safe simply because he hasn't heard anything. He might then send "safe" signals to other members of the group even though danger lurked. In other cases, players might be unable to learn the truth because the players adjacent to them all had bad information.

Shirado has used the same game as an educational tool in his CMU classes, including one instance just before the onset of the COVID-19 pandemic. He recalled one student was skeptical, arguing that there was no reason why the players couldn't choose correctly. But about 70 percent of the students — including the skeptic — erred in their decisions.

"Inside the networks, people could not understand why this was happening," he added.

Social media — one type of social network — was not included in the study, but might actually improve performance, Shirado said. Though individuals tend to follow like-minded people on social media, it's also easy to connect with others who might fall outside normal social networks, providing a way around some of the barriers that form within networks.

Shirado said he hopes to find ways of improving the performance of social networks.

He acknowledged that one of the shortcomings of his experiment is that it was too simple and involved people who were randomly assigned into networks. Future experiments will require players to play several times with the same network of individuals, so they might learn who to trust.