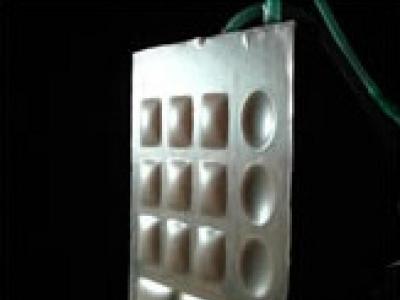 “Touch-screen technology has become wildly popular, thanks to smart phones designed for nimble fingers. But most touch screens have a major drawback: you need to keep a close eye on the screen as you tap, to make sure that you hit the right virtual buttons. As touch screens become more popular in other contexts, such as in-car navigation and entertainment systems, this lack of sensory feedback could become a dangerous distraction.

“Now researchers at Carnegie Mellon University have developed buttons that pop out from a touch-screen surface. The design retains the dynamic display capabilities of a normal touch screen but can also produce tactile buttons for certain functions.”