Searches involving multiple websites can quickly get confusing, particularly when performed on a mobile device with a small screen. A new web browser developed at Carnegie Mellon University now brings order to complex searches in a way not possible with conventional tabbed browsing.

And people who are relatively well-informed about security and privacy risks are more likely to share the news than are people who are less-informed.

Researchers at Carnegie Mellon University have used an inexpensive 3-D printer to produce flat plastic items that, when heated, fold themselves into predetermined shapes, such as a rose, a boat or even a bunny.

Walls are what they are — big, dull dividers. With a few applications of conductive paint and some electronics, however, walls can become smart infrastructure that sense human touch, and detect things like gestures and when appliances are used.

Researchers at Carnegie Mellon University and Disney Research found that they could transform dumb walls into smart walls at relatively low cost — about $20 per square meter —using simple tools and techniques, such as a paint roller.

Does a touchscreen display distract visitors from the cultural museum artifacts it supports?

A team of learning scientists and computer scientists collaborated with museum curators to analyze the role of digital display technology in visitor learning in a collections-based exhibit.

​Over 3,000 of the world’s top researchers, scientists, and designers are traveling to Montréal this week for CHI 2018, the ACM CHI Conference on Human Factors in Computing Systems. The premier international conference of Human-Computer Interaction will take place from April 21-26, 2018. 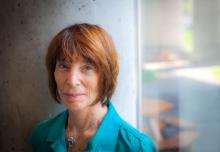 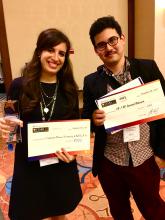 Using mixed-reality to reimagine the classroom from both sides -- an Intelligent Science Station for students and smart glasses for teachers -- earned Gold Awards for an HCII PhD student and Postdoc in the 2017-18 Reimagine Education competition.

“It’s like all of March Madness in one weekend,” said Patrick Carrington, postdoctoral research fellow at the Human-Computer Interaction Institute, of the National Wheelchair Basketball Tournament (NWBT) in Louisville, Kentucky.