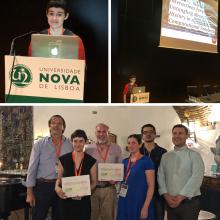 Almost 300 hackers gathered in the new Tepper Quad on October 5, many staying for 24 hours straight.

If the thought of this many hackers on campus made you clutch your credit cards a little bit tighter, don’t worry. These hackers weren’t the hoodie-wearing stereotype, working under the cloak of darkness to steal your personal information. 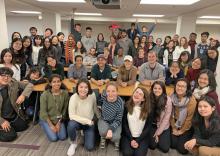 CMU Extra Life team to game for good again in 2018

Smart devices can seem dumb if they don’t understand where they are or what people around them are doing. Carnegie Mellon University researchers say this environmental awareness can be enhanced by complementary methods for analyzing sound and vibrations.

Wick Editor, a free and open-source tool for creating games, animation and interactive media, is the winner of a $79,120 grant from the Mozilla Open Source Support program.

Several from Carnegie Mellon University’s Human-Computer Interaction Institute were honored by Fast Company in its annual Innovation by Design Awards. Two projects from the HCII were finalists and two more earned honorable mentions in 2018.

Amy Ogan, the Thomas and Lydia Moran Assistant Professor of Learning Science at the Human-Computer Interaction Institute, has been named to the World Economics Forum's 2018 list of Young Scientists. 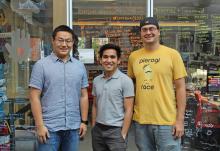 Carnegie Mellon University’s Swartz Center for Entrepreneurship has named Anhong Guo, Ph.D. candidate, Gierad Laput, Ph.D. candidate, and Brandon Taylor, postdoctoral researcher to this year’s class of innovators, making one half of the class of 2018-19 Innovation Fellows from the Human-Computer Interaction Institute (HCII).