In a typical year, Assistant Professor Lining Yao and some of her students would travel to Linz, Austria, to attend Ars Electronica. But as we all know too well, the year 2020 is anything but typical so far.

Ars Electronica STARTS (Science + Technology + Arts) Journeys asked everyone to stay where they were and invited all artists to submit video tours of their own environments. 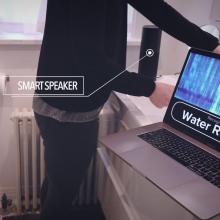 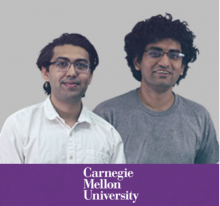 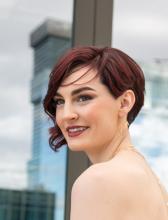 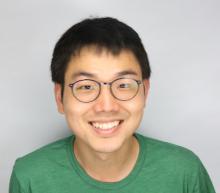 This UbiComp (ACM International Joint Conference on Pervasive and Ubiquitous Computing) award is given to a graduate student who has made outstanding research and service contributions to the field of ubiquitous computing.

From yawning to closing the fridge door, a lot of sounds occur within the home. Such sounds could be useful for home-based artificial intelligence applications, but training that AI requires a robust and diverse set of samples. A video game developed by Carnegie Mellon University researchers leverages live streaming to collect sound donations from players that will populate an open-source database. 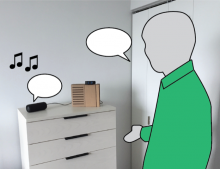 Like many other conferences this year, the 2020 ACM Conference on Designing Interactive Systems (DIS) was held virtually in July. The theme for the online event was "More than Human-Centered Design." 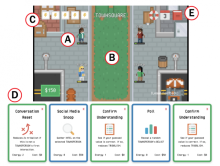 How can students learn to make their civil discourse more productive? One Carnegie Mellon University researcher proposes an AI-powered video game. The educational system targeted toward high schoolers adapts to students' specific values and can be used to measure — and in some cases reduce — the impact of bias. 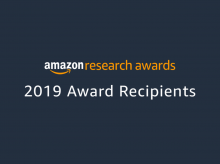 Professor Jason Hong was awarded a 2019 Amazon Research Award in support of the project "Designing Alternative Representations of Confusion Matrices to Evaluate Public Perceptions of Fairness in Machine Learning."

Hong is the first from the Human-Computer Interaction Institute to receive the Amazon Research Award, which is now in its fifth year.